Alton Towers Resort have today launched a new Premium Season Pass, ahead of the 2019 theme park season which is due to commence on 23rd March.

Costing £70, the new Premium Season Pass will offer entry to the theme park plus one entry to The Alton Towers Dungeon per visit (subject to The Alton Towers Dungeon not being at capacity), and will be valid from the date of purchase through to 3rd November, including during the entirety of the summer holidays and Scarefest, however Fireworks will still carry an extra charge. 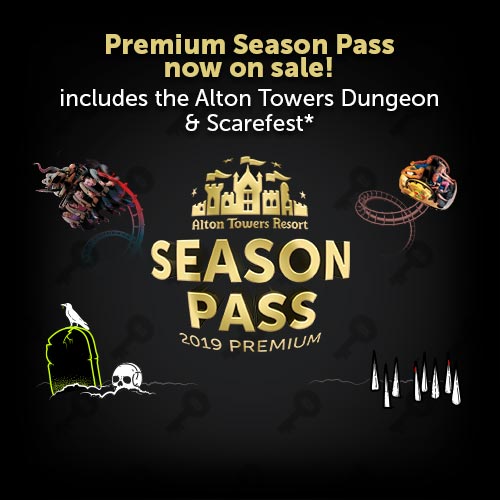 Are you pleased with the introduction of the new Premium Season Pass? Share your thoughts over on the Attraction Source Forum.