After eight months of construction work and much anticipation, CBeebies Land opened to the public for the first time this weekend.

Introducing a range of new attractions to the resort, CBeebies Land uses a host of popular characters from children’s television and brings them to life, helping little learners explore and learn through play and interaction. All of the attractions enable children to interact with the environment around them, not just in the attraction itself, but also in the queue lines with a range of activities for them to enjoy and prevent them from becoming bored whilst waiting for each attraction. Other final touches had also been added during the media preview event on Friday night, with a selection of popular CBeebies characters and presenters adding their handprints to a CBeebies walk of fame. 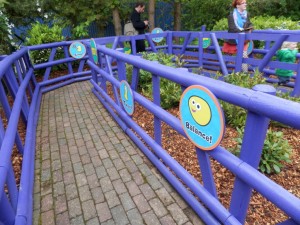 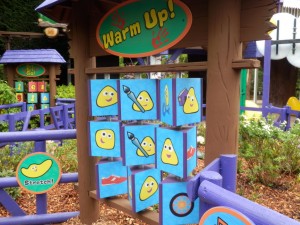 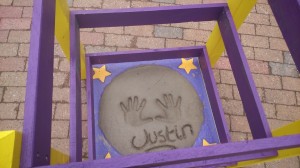 All new entertainment has also been introduced as part of CBeebies Land. Throughout the day guests have the opportunity to meet some of the stars of CBeebies with character meet and greets after the shows in the Big Fun Show Time Pavilion and around the area. You can meet the baby vegetables in Mr Bloom’s wheelbarrow and a range of live entertainers interact with guests throughout the day. 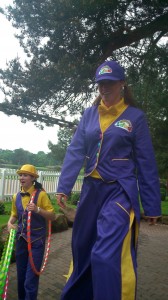 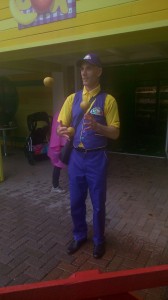 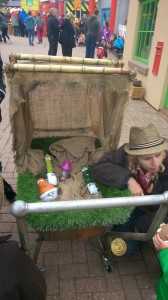 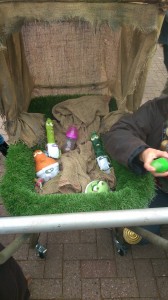 An extensive selection of new merchandise is on offer in The Little Explorers Toy Shop, from cuddly toys to stationery and clothing allowing guests to take home a little part of CBeebies Land to remind them of their day. The Little Explorers Lunch Box also opened offering a selection of sandwiches and picnic items you can either eat in the colourful restaurant environment, or take away to enjoy in the grounds of the resort.

Opening at 9am for guests eligible for Early Ride Time, the area proved popular with visitors of all ages on its opening day with a number of attractions reaching queue times of 60 minutes or more, including Postman Pat’s Parcel Post and the In The Night Garden Magical Boat Ride. Staff were closely monitoring the area using a system of iPads and cameras throughout the day to ensure the capacity of 3000 was not exceeded. Many guests gave the area positive reviews and were impressed with the overall appearance of the area. CBeebies land will also be the first area at Alton Towers to feature its own map. Available either as a paper copy on site, or as an interactive version online, the dedicated map provides all the information families need to help families plan their day to get the most out of their visit. The resort has also produced a parent and toddler version of the main map, highlighting those attractions, shows and outlets specifically suitable for younger guests.

Alongside the new Land the resort has also launched four new themed rooms in the Alton Towers Hotel. Guests can enjoy stopping in a fully immersive environment featuring their favourite characters from Mike the Knight and Tree Fu Tom, to Postman Pat and Charlie and Lola.

The resort has also introduced other changes elsewhere on the park. An all new pirate show, Captain Fin and the Mystery of the Lost Treasure, has been introduced to Mutiny Bay. Designed specifically for guests under 8 years old, the show includes plenty of swashbuckling fun to keep everyone entertained as they help Captain Fin follow the clues to find the treasure and thwart Shark Tooth Jack. The Towers Street Restaurant has also been completely refurbished and re-branded as the Towers Street Bar & Grill featuring a fresh new look and new menu providing a wide choice of food from breakfast through to dinner.

Now the wait for CBeebies Land is finally over, what do you think to the latest addition to the park? Why not add your thoughts to our dedicated topic in the TowersTimes Forum? Don’t forget to keep an eye on TowersTimes news for all the latest developments from the Alton Towers Resort.