With less than three weeks to go, and the Alton Towers Resort stepping up their marketing campaign, construction on CBeebies Land is now entering the final stages ready for the all new family area to open on May 24th.

Postman Pat’s Parcel Post is now up and running with individually numbered ride vehicles circling around the track. A range of new theming elements have been added around the circuit. The safety cones previously spotted on the area of path between track sections have now been used as part of a ‘diversion’ alongside a new sign. PC Selby has also joined Postman Pat to help direct riders around the diversion route. Will we see any other of Postman Pat’s friends along the route when the ride opens? It would also seem that postman Pat will have more than just his trusty van to help him deliver the mail to residents of Greendale. A helicopter can be seen towards the middle of the ride circuit – is this simply a piece of theming, or could it suggest there may be a range of different type of ride vehicles? 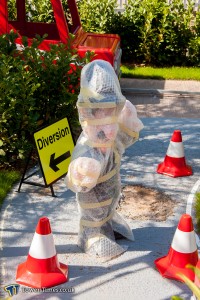 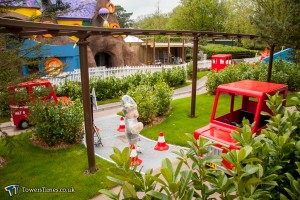 Get Set Go Treetop Adventure has also been testing with a range of differently coloured cars being on display. Each car has been painted with individual details and speakers have been installed in the roof of each car, suggesting the ride will feature some form of soundtrack or narration to help build the sense of immersion and interaction. Perhaps most significantly for the ride staff have been seen within the cars suggesting that testing is in the final stages, although the blobs have yet to be added to the back of the cars. The mount for the ride sign has also been put in place ready for the sign to be installed. 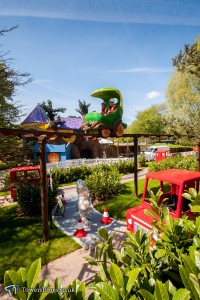 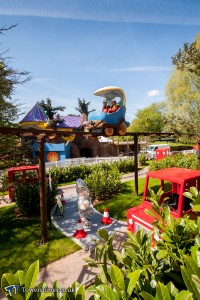 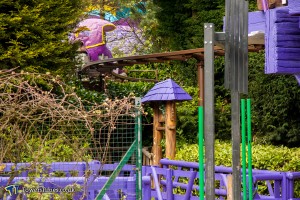 The Something Special Sensory Garden has had further features installed. A colourful shelter has been put in place at one end providing cover from the elements for visitors in that area. Further colour has been added to Grandad Tumble’s shed which is now a bright yellow with red detail – a colour scheme which appears to run throughout the garden. Smaller details have also been added with some of the fences being decorated with coloured circles. 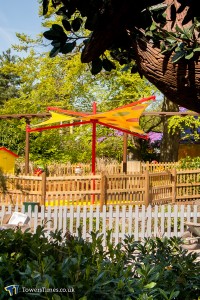 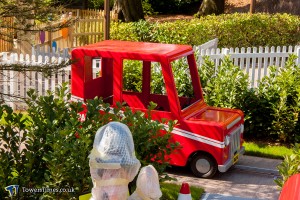 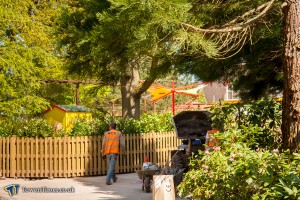 Further general theming work is also being carried out across the area. New CBeebies blobs have been installed at the entrance to the land to welcome guests and bright yellow stars of various sizes have been painted on the floor to guide the way. Other minor work includes new fencing being installed and additional planting throughout the area. Testing has also begun of the new music for the area which includes some of the theme songs from shows which feature in the area and appears to bright and up-tempo. 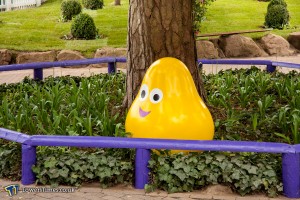 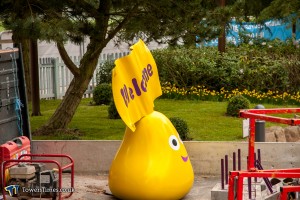 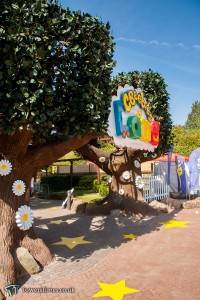 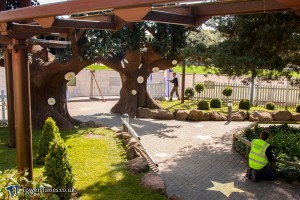 Following on from the three part video series fronted by Denise Van Outen, Alton Towers Resort have continued to increase their marketing activity surrounding the grand opening of CBeebies Land. The CBeebies Land minisite continues to be updated with new information and now includes a fully interactive map. As well as the attractions already announced, the new map also reveals the retail and food and beverage outlets for the area – Little Explorers Toy Shop and Little Explorers Lunchbox. The area also features heavily on the resort website homepage, with the promotion of 25% off advance bookings and under 4s going free (in line with their current ticket pricing policy). The CBeebies Land television advert, filmed on site, is also due to air for the first time within the next couple of weeks.

As CBeebies Land nears completion TowersTimes will continue to bring you all the latest news. In the meantime, make sure you add your thoughts about the all new development to the discussion in the TowersTimes forum.