TowersTimes Looks Ahead to What 2014 Has In Store

Home/TowersTimes Looks Ahead to What 2014 Has In Store

TowersTimes Looks Ahead to What 2014 Has In Store

As 2014 begins we take a look forward at what the Alton Towers Resort has to offer over the next twelve months. Although there are no new developments for the thrill seekers amongst us, there is still plenty to look forward to with a new family development in CBeebies Land, and of course Nemesis’ 20th Birthday.

February sees the return of the Moshi Mosters to the park for half term, from the 15th to 23rd. This year guests can complete The Great Moshling Egg Quiz Trail, as well as having the opportunity to meet Buster Bumblechops and Dr Strangeglove, two of the characters from the Moshi Monster world. Along with a limited line up of rides – including Nemesis, Air, Sonic Spinball, Hex, Charlie and the Chocolate Factory, Duel, and Marauder’s Mayhem – the February half term will also provide the first opportunity to see any smaller maintenance work that may have been carried out over closed season, and potentially a peek at how the old farmyard’s transformation into CBeebies Land is progressing.

The main season gets underway on the 22nd March; a month which also sees the 20th birthday of one of the most iconic rides in the park: Nemesis. Just what, if anything, the resort has in store to mark this momentous occasion is not yet known, however you can be sure that TowersTimes will bring you any news as and when it happens. Many enthusiasts will also be keen to see how the resort’s newest rollercoaster, The Smiler, has fared over the closed season. Have any little changes been made to the track? Will The Smiler have a more trouble free season or will it continue to be plagued by the issues experienced in its debut year? 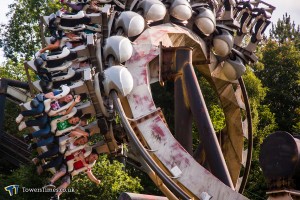 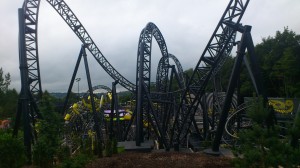 As the season progresses through April and into May, anticipation will build towards the opening of CBeebies Land, Alton Towers’ brand new family development in partnership with BBC Worldwide. Featuring a range of new rides and attractions, the area will offer children the opportunity to meet and interact with some of their favourite characters, including Postman Pat, Tree Fu Tom, and Zingzillas. Alongside the new attractions will also be a number of live shows and entertainments featuring, amongst others, Mike the Knight, and Nina and the Neurons. It has also been confirmed that the Alton Towers Hotel will introduce a number of CBeebies themed rooms. Although full details of these are yet to be released, so far we can confirm that one of the rooms will be themed to Postman Pat, a favourite of both children and parents alike. The start of summer will herald the return of Alton Towers Live! The multi-act concert event that showcases a range of popular acts in the shadow of the Towers themselves. No details are yet known about which acts will appear, or indeed exactly what date the concert will take place. Keep an eye on TowersTimes for all the news surrounding this event. After the traditionally busy summer holiday period, thoughts will turn towards the Halloween events at the park. There is already a range of speculation surrounding exactly what will appear at Scarefest 2014. Will the Sanctuary make an appearance now the infamous Dr. Kelman has checked out? Which other mazes will feature in the line up? Could we possibly see a different type of maze as hinted at in the exclusive talk given to TowersTimes at our Scaremazing event? Our time on park will draw to a close on 9th November. The annual fireworks display will bring the curtain down on the 2014 season and, as in 2013, will run for three days, 7th, 8th and 9th of November. With the high standards set by 2013’s display we look forward to seeing how the 2014’s display can be even better. 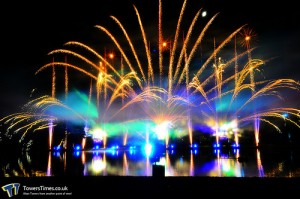 Of course at the heart of TowersTimes is our community. After the success of the Summer Sizzler and Scaremazing, 2014 will see the return of TowersTimes events; bigger and better than ever before. Plans are already well underway for a range of events this season, so keep an eye on TowersTimes to find out just what we have planned for 2014.

What are you looking forward to most about the new season? Why not head on over to our forums to join in the lively debate, and remember to keep checking back to TowersTimes for all the latest news.