In 2006, Alton Towers hoped to install a zipwire, which ran from the roofs of the Towers to the lawns below, like the one which was temporarily installed for the Playstation Weekender in 2005. The plan was eventually dropped, but here we can see the planned route of the wire. The plan also shows a view of various other areas of the park, such as Spinball Whizzer, the Towers and the adjoining Dovecote. 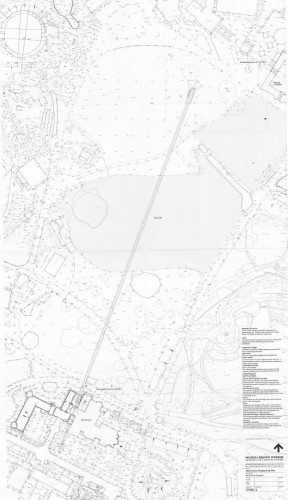