The Earls of Shrewsbury

The park (and indeed enthusiasts) often recall the name of the Earls of Shrewsbury in relation to attractions in the modern park, such as Hex or the Magic Theatre. The Earls were indeed extremely important to the park we know today, as it was the 15th Earl who first had the thought to create the gothic house and park on the slopes of the Valley. Here we take a brief look at the history of the Earls from the creation of the Earldom right through to the current Earl of Shrewsbury.

If you have any further information about the Earls we’d love to hear from you – contact us here! 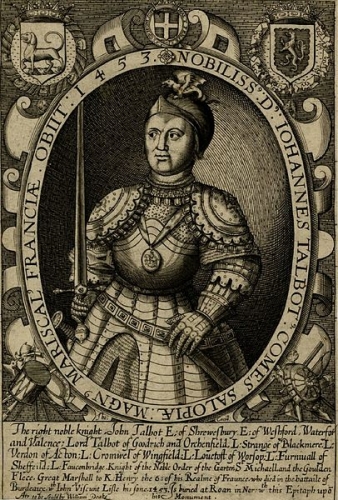 The current line of the Earls of Shrewsbury isn’t the first family to be granted the title. The first creation of the title (sometime also styled as the Earls of Shropshire) was for Roger de Montgomery in 1074 and was awarded for prowess in battle by William the Conqueror.

After his death, the title was inherited by his son Hugh in 1094. After Hugh’s death in 1098 the title passed to his older brother Robert de Montgomery who forfeited the title in 1102 when he rebelled against Henry I.

John Talbot was well distinguished in battle and is mentioned by Shakespeare in Henry VI as well as the St Crispins day speech of Henry V.

Before he was made Earl of Shrewsbury, he was already Lord Justice and Lord Lieutenant of Ireland. He faced and was defeated by Joan of Arc, but was later exchanged as a prisoner due to his importance.

At the same time as becoming Earl of Shrewsbury he was also named as Lord High Steward of Ireland and Earl of Waterford.

He had been victorious in 40 battles before he faced the defeat at the age of 63 that saw his death.

The second Earl of Shrewsbury shared his father’s prowess in battle, taking part in the War of the Roses, fighting on the side of Lancaster. It was after only seven years holding the earldom that he was killed during the war in the Battle of Northampton

The third John to take the earldom became the third earl at the tender age of eleven. Like his father, he took part in the War of the Roses fighting in the second battle of St Albans at the age of 12, after which he was knighted. 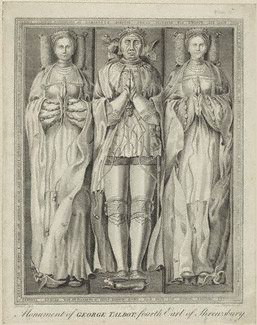 George Talbot carried on the family’s connection with Royalty, carrying the sword at the coronation of Henry VII.

The fifth Earl served under both Mary I and Elizabeth I, though he died only two years into the reign of the latter. This may have been for the best as his Roman Catholic credentials would not have served him well during this era. 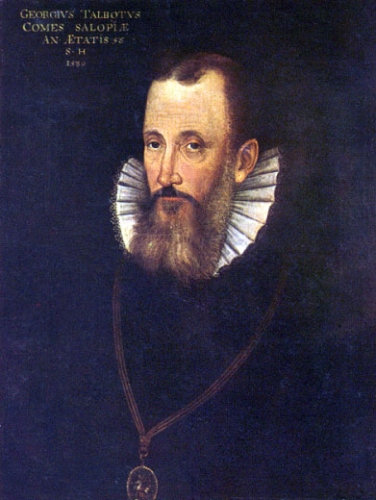 George Talbot was also closely linked to Elizabeth I, continuing the family’s close links to royalty. This led to the Earl taking custody of Mary Queen of Scots between 1569 and 1584 and later being present at her execution. He was married to Bess of Hardwick, who built Park Farm, opposite the main gate of Alton Towers, and despite his desire to divorce the queen would not allow it. Bess took control of his wealth using it for her famous building projects. 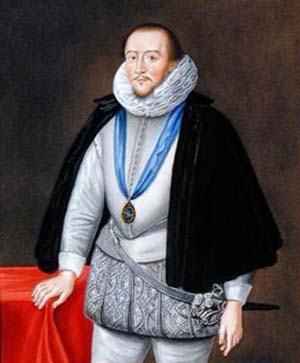 Gilbert was George’s son by his first marriage, though he was married to Bess of Harwick’s daughter. After his father’s death he refused Bess her inheritance as widow, causing a rift between him and his mother in law.

Both his sons died in childbirth, which mean his brother inherited the title whilst his daughters inherited many of his estates, though they would play an important role later in the line for the title. 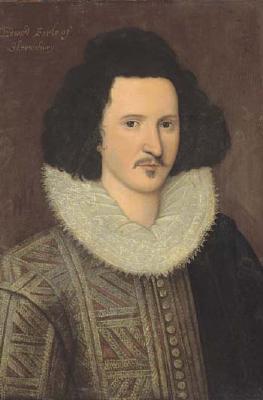 The one year earl. Having succeeded his brother he died after only one year in the earldom, leaving no direct heir.

Edward’s nearest male relative was George, a Roman Catholic priest. As such he too left no direct heir, meaning the title passed on to his nephew.

Little is know of John Talbot, the tenth Earl, though he was the first Earl for a few generations to have had a son to pass the Earldom onto.

Francis Talbot once again linked the Talbot family closely to royalty, and as a Royalist went into exile with Charles II.

Having returned with the king in 1660, he was killed in a duel with Villiers, Duke of Buckingham with whom his wife was having an affair. 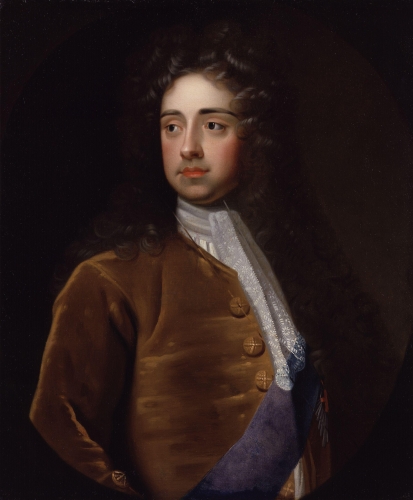 Charles was the godson of Charles II, after whom he was named. He became the Earl at age 7, and whilst previous earls distinguished themselves in battle he was much more active in politics. He was one of the signatories who invited William and Mary to lead the Glorious Revolution against James II, to bring them to the throne in 1688.

He was also active in the reign of Queen Anne and was present at her death. Upon her death he instantly declared George I king, to secure the line for the Elector of Hanover. He was also the builder of Heythrop Hall, the seat of the Earls up until it was moved to Alton Towers.

In 1694 he was also made Duke of Shrewsbury and Marques of Alton, although both of these titles died with the Earl due to his lack of a direct descendant.

The earldom then passed to Charles’ cousin Gilbert, yet another Roman Catholic priest. Gilbert’s time as Earl of Shrewsbury marked the end of the line’s close connection to the royal family. Whilst later earls did still come into contact with royalty, they never again shared the close ties of former generations.

Charles Talbot is the all important Earl related to Alton Towers. It is he who came to the hunting loge, Alveton Lodge and saw the potential to create an estate befitting the Earls of Shrewsbury.

Work started in 1800 when construction started on the bridge over the river Churnet, that many guests still pass over today. Whilst he enlarged the lodge to create Alton Abbey, Charles is more notable for starting to lay of the spectacular valley gardens.

It was also he that obtained the Enclosure Act that created the park as we know it today, privatising the land and roads, forming many of the paths that guests still move around today. 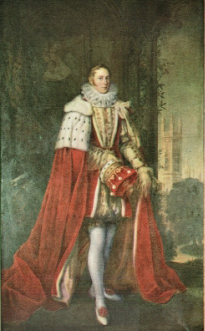 Charles’ nephew John took over the estate, and set about creating the Alton Towers we know today from Alton Abbey.

As well as massively expanding the house, John also laid out the formal gardens nearer to the Towers as well as completing the valley gardens , installing the Choragic monument in its current position in memorial to his uncle.

After a fire at Heythrop in 1831, John moved the seat of the earls of Shrewsbury to Alton Towers and was well known as a generous man who supported both schools and churches.

Upon John’s death the title and states passed to the invalid Betram Talbot. The new earl continued the Towers’ building programme, adding the Pugin Rooms and continuing the house’s decoration.

Betram knew he was not long for this world before he died at the young age of 24. In order to try and avoid the estate passing into protestant hands he named his heir as the infant Lord Edmund Howard. 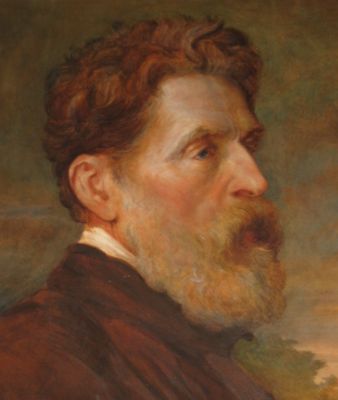 However other members of the Talbot family had other ideas and several others lay claim to the earldom, including the Politician and Naval Commander, Henry Chetwynd-Talbot, Earl Talbot of Ingestre and descendant of the 7th Earl of Shrewsbury, Gilbert.

He entered into a legal battle with the Duke of Norfolk (on behalf of Lord Edmund), Princess Doria (daughter of John, 16th Earl) and Major Talbot (descendant of William, 4th Earl).

In the end the courts found in favour of Earl Talbot, who took all the hereditary title as well as the estates. Unfortunately this had come at such a great expense that the contents of the house had been sold at auction in 1857 to pay for the trial.

Henry was also the first Earl to open the Gardens to the public in order to raise funds.

Henry had been known as a generous benefactor and had been a popular recipient of the earldom of Shrewsbury. After his death the title passed on to his son Charles, who went on to run the estate in a much more business-like way, being both fair but also demanding much from those in his employ. 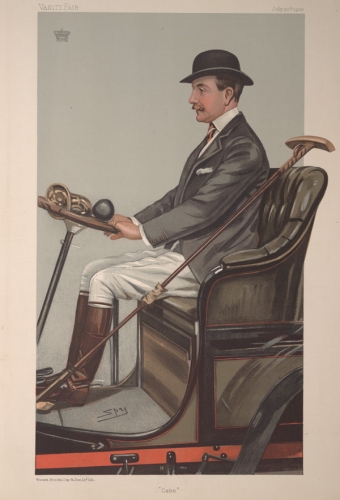 The 20th earl was very different to the Earls that had gone before, being much more of a businessman, setting up various businesses such as various companies from horse drawn cab companies through to entering into the motor industries and helping create Talbot Cars.

After Ingestre Hall burnt down in 1882, the Earl rebuilt it with electricity running throughout, making it one of the first houses in the UK to be lit entirely by electricity.

He caused scandal by eloping with Ellen Miller-Munday, a married woman. After they later separated he lived at Ingestre whilst she resided at Alton Towers. During this period he allowed the house deteriorate in order to try and drive her out, which landed them in court.

Later he would put in motion the sale of Alton estate, selling off the out-lying estates and putting the house itself up for sale as well. 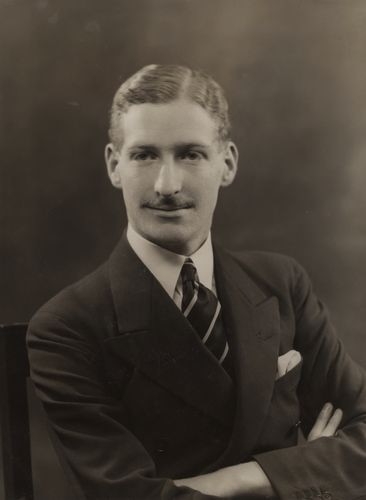 After his grandfather died, his grandson John inherited the title and finally sold the house and gardens to a private company in 1924.

He would later go on to also sell Ingestre Hall in 1960, moving the family seat to nearby Wanfield Hall.