In the Summer months of 1999 and 2000, the park put on a stunt show on the main lake featuring the Royal Marine display team. An online promotion appeared for the 2000 season, whilst the following is a feature which appeared in in-park magazine, TowersTimes, showing a comic strip version of the show in 1999.

For more information and pictures check out the site for Artem, the company behind the pyrotechnics. 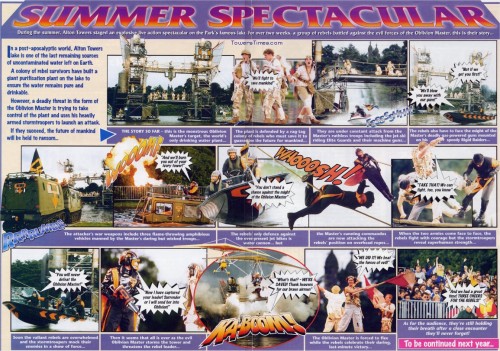