Oblivion was the world’s first vertical drop rollercoaster! Back in 1997 and early 1998, due to the intense secrecy surrounding the ride, it was near impossible to take construction photos of this project, code named Secret Weapon 4. However, in the years since the ride has been open more photos have emerged, all of which can be viewed below. 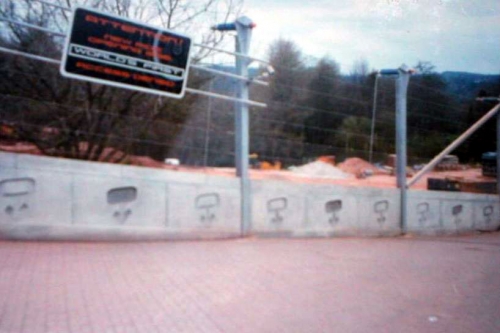 Construction walls surround the site in 1997. 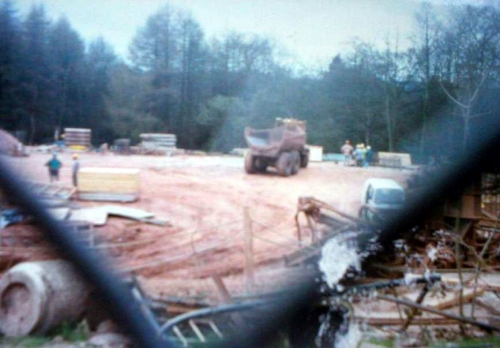 The site which would eventually house the brake run. 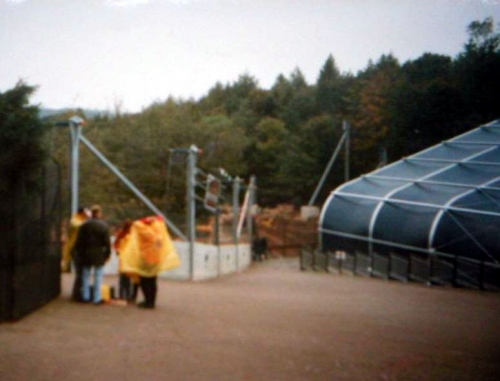 A look towards where the final bend would be, notice the freshly painted Blackhole. 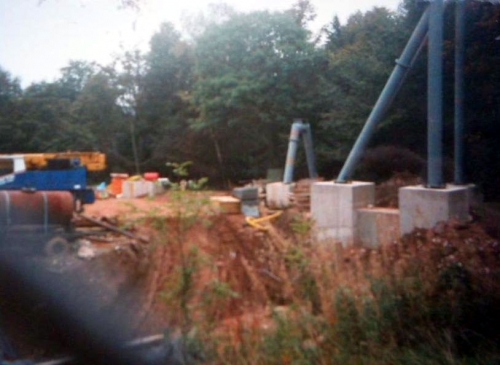 A closer look, revealing the support for the final bend already in place. 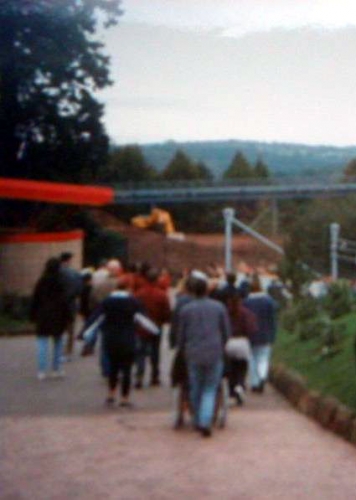 Looking down the Fantasy World hill towards the brake run.

Here are some images taken early on in the tunnel’s construction. 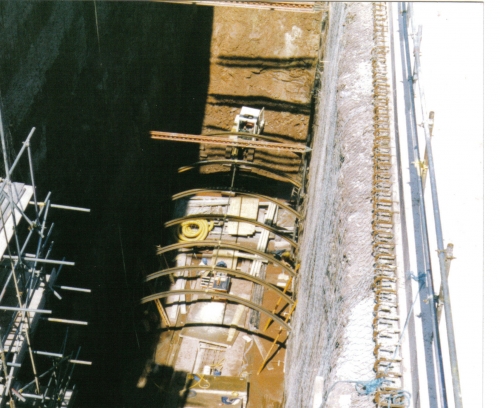 Here we can see the arched supports that will form the shape of the tunnel at the base of the hole. If you look at the white digger you can get a sense of scale! 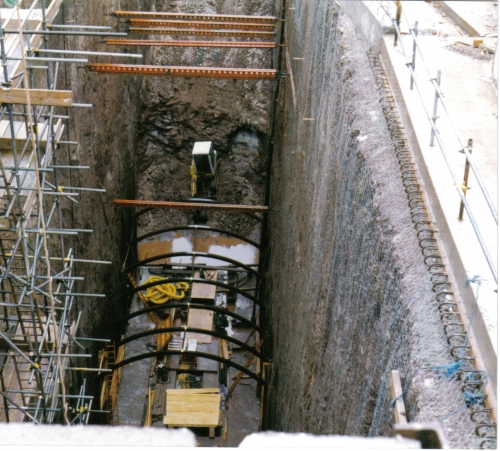 Another shot of the tunnel’s skeleton. The scaffolding to the left of the photograph provided workers with access to the deep trench. 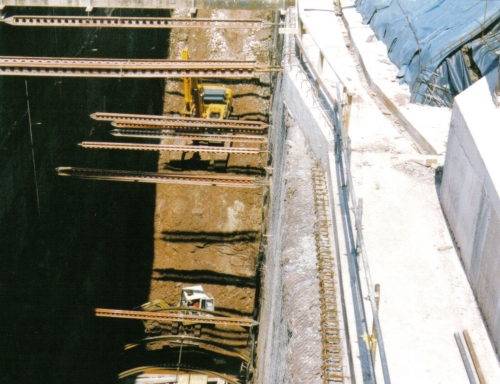 Shown here the steel supports that support the area above the tunnel and prevent it from collapsing inwards. 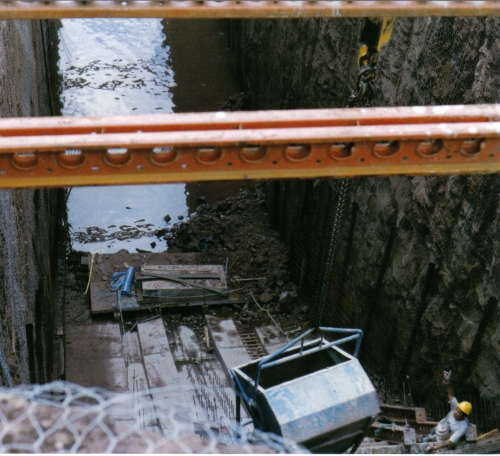 The main way of moving things into and out of such an immense hole is using a container and crane. 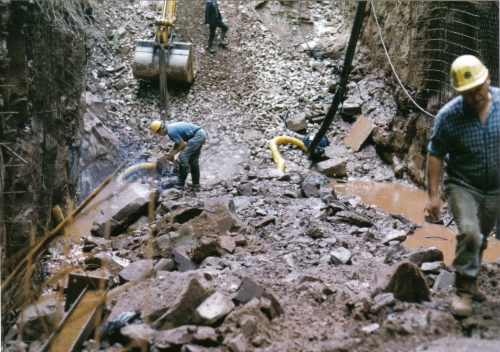 When digging down so deep there is a problem with water – not only does water usually sit just a few metres below ground level, drainage is also an issue following any rain. You can see the pipes and pumps used to extract this water. 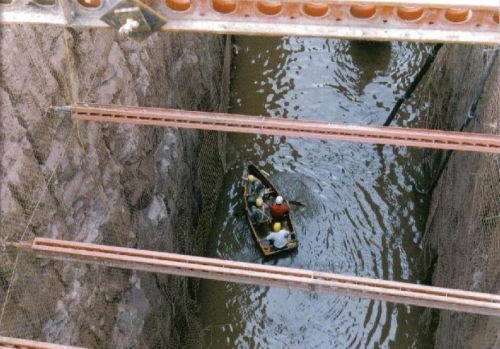 Workmen using a boat to traverse the water which had collected inside the pit. 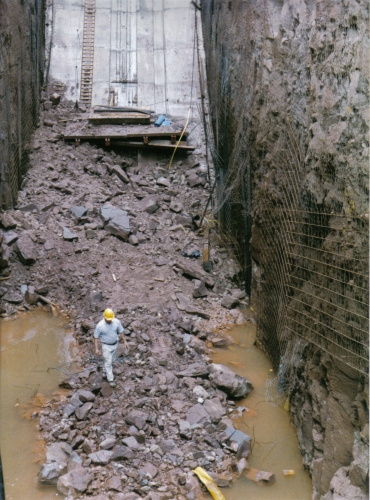 In this photo we can clearly see markings in the concrete to support the track and the access staircase. 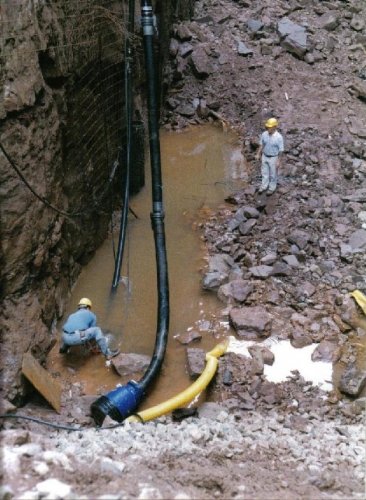 Men working at the base of Oblivion’s pit. 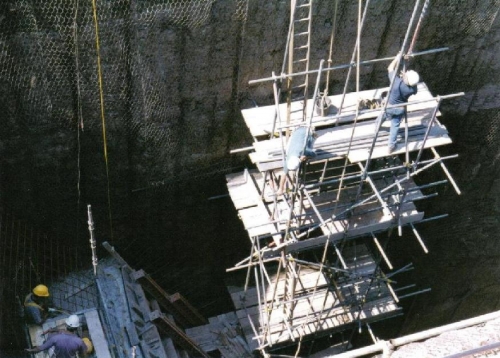 Scaffolding being constructed within the pit. 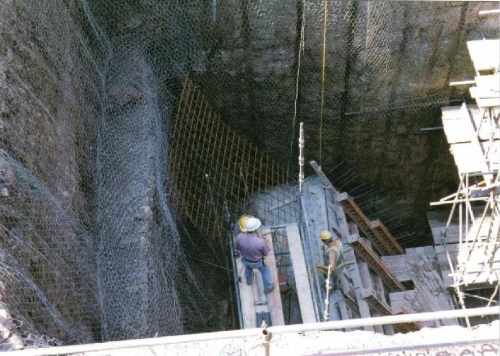 Working on the sides of the pit. 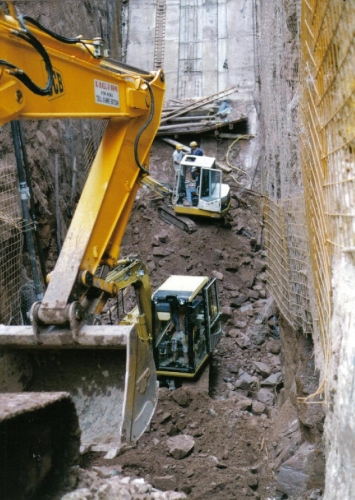 Diggers at the bottom of the pit. 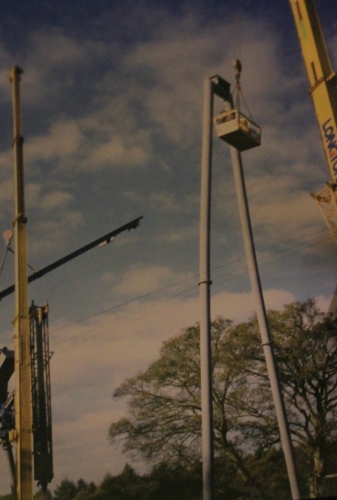 The lift hill supports going up. 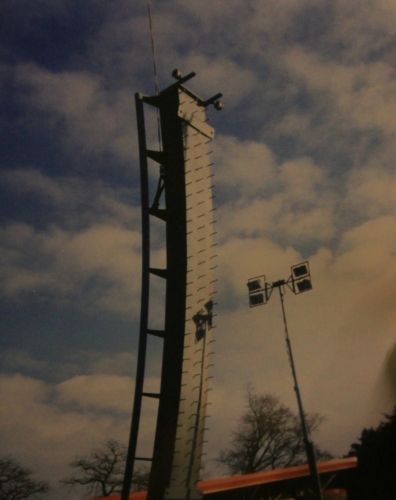 The drop being installed alongside the former arcade that would the following season reopen as KFC/Pizza Hut. 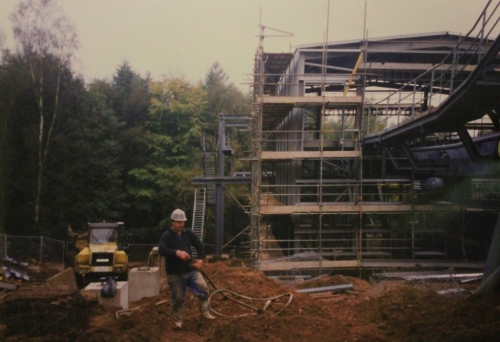 The station rising tall from the building site. 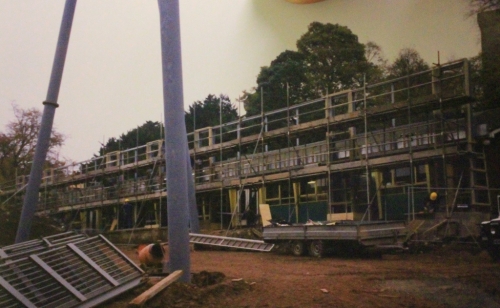 A rare shot of the former Springfield Restaurant being transformed into the X-Cite Arcade.

Some images from mid December 1997: with the station building, tunnel, brake run and lift hill complete, work has begun on the final sections of track and the queue line structures. 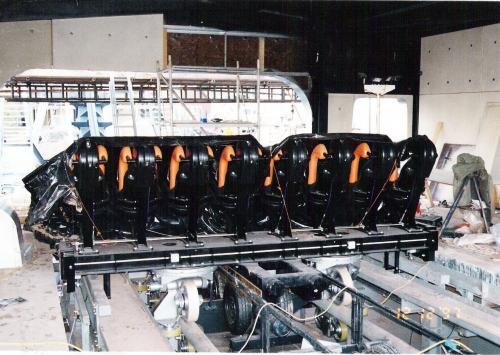 A look inside the station while still under construction, complete with train.

One of the Oblivion shuttles under construction.