Work began on Nemesis way back in the winter of 1991, with the initial blasting for the ride’s large pit. Due to the time when it was being built, not many pictures of construction exist on the internet, so TowersTimes are proud to bring you this selection. 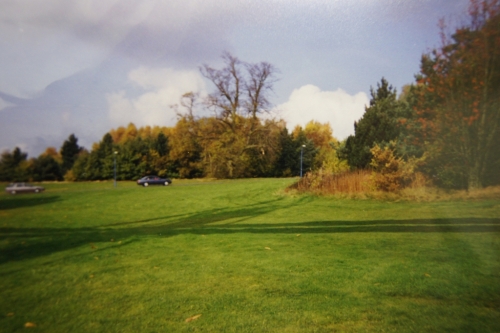 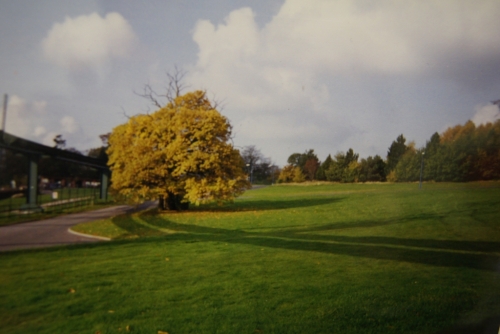 Grass as far as you can see… and cars. Yes in 1991 the site was still part of the car parks. The two prominent trees in these pictures are still in the park today. The tree in the second picture neighbours Nemesis’ station. 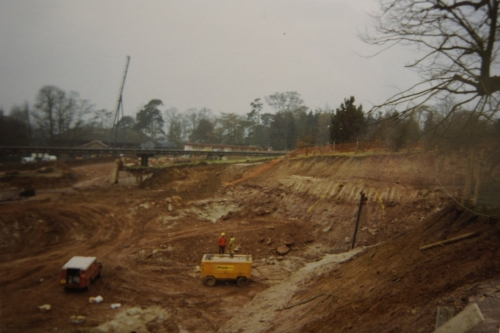 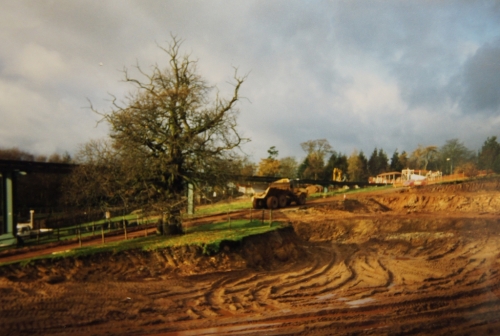 Ground work begins on the site. At this point it is possible that the park were yet to finalise what they would build on the site. What’s that small red and white structure in the distance of the second picture you ask? Well that is The Beastie of course, when it used to operate on the site now occupied by Nemesis Sub-Terra. 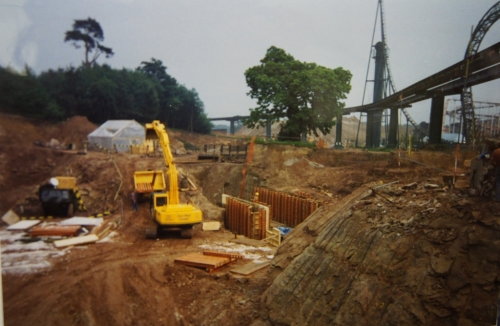 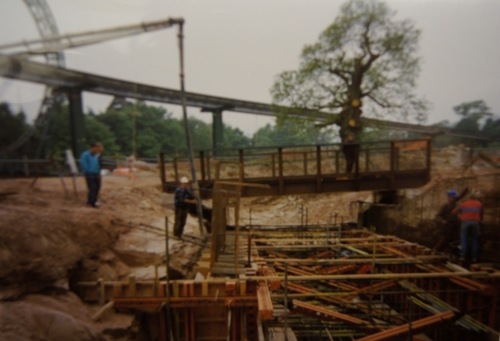 The first structures start to appear on the site. The tunnel seen being constructed here is the one you cross when walking from the station to the photo booth. 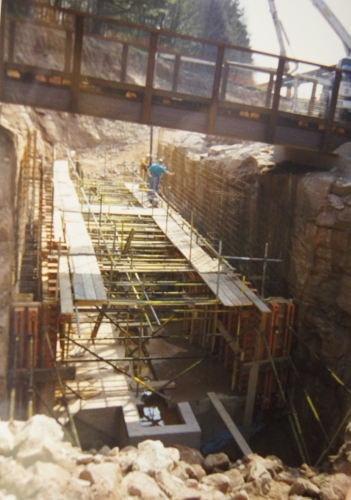 Work continues on the tunnel, including what looks like its drainage system. 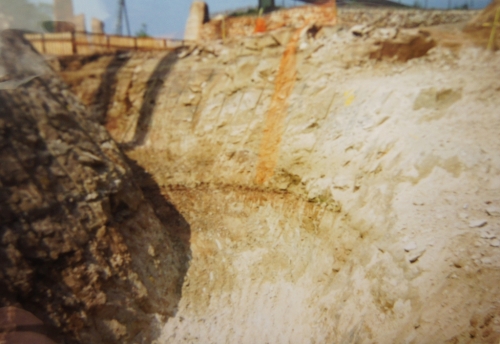 The freshly unearthed rock face down below where the ride entrance would eventually be located. 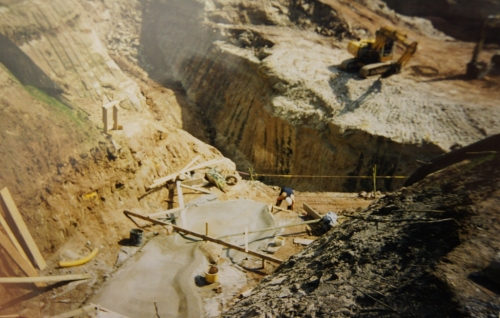 Work on one of the ride’s many waterfalls begins to take shape alongside one of the deep crevices of the pit. 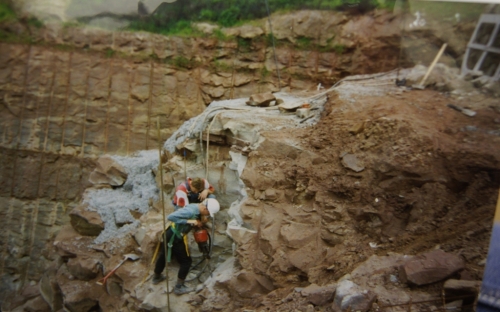 A pneumatic drill is employed in shaping the rock-work at one end of the blood pit that contains the ride’s loop. 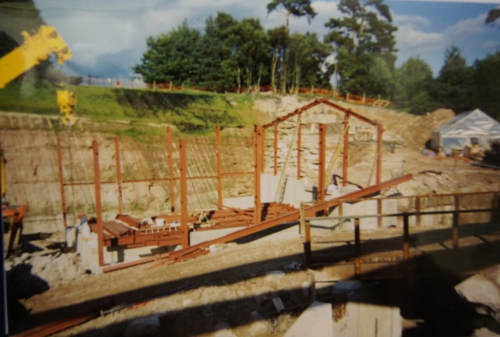 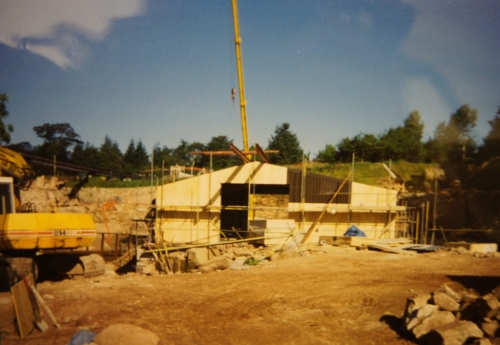 Work starts on the ride’s station.

Now where did we finish last time? Ah yes, the station… perhaps we should see how that wooden box became everyone’s favourite alien…

The station is transformed from a building into an alien. 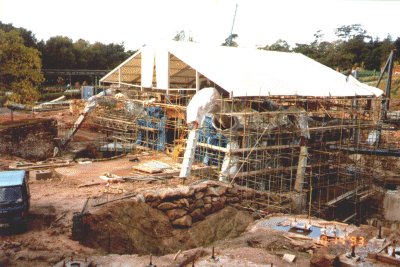 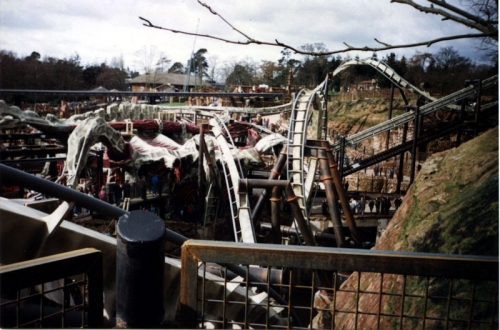 The alien under construction late in 1993 and on opening day (from a similar angle). 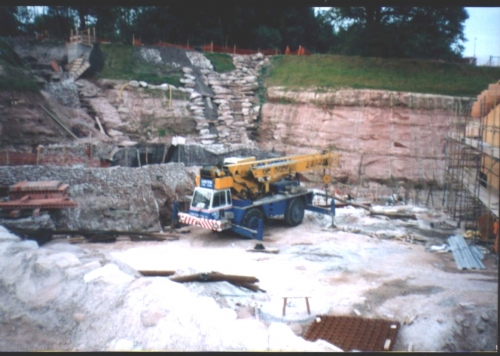 If we were taking this picture today it would be dominated by the lift hill and the cliff would have the queue line snaking along it. 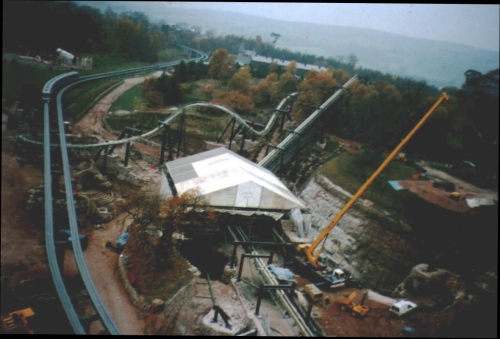 And fast forward to the ride after the track had started to be installed. 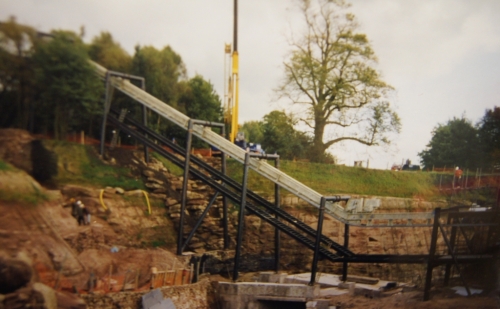 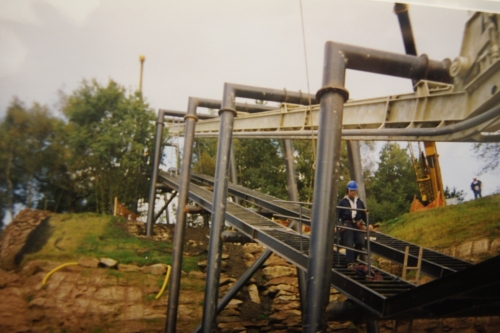 The lift hill under construction.

The ride during it’s testing period. The tree featured in this photo is the same tree that was standing in the middle of a field at the start of this construction archive.

Finishing touches are put in place in Nemesis’ surrounding area, as well as filming for the ride’s promotion. 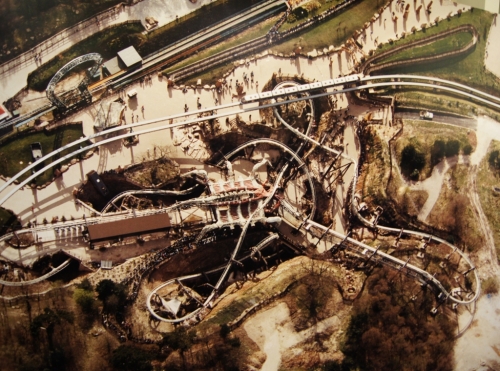 Nemesis from above shortly after opening. The lack of tree coverage gives good views of the ride as well as the surrounding area. Rather interestingly, this image seems to have been taken before both the Ride Photo booth and Nemesis Nosh bus were added.