The Monorail was one of the largest construction projects to be undertaken by the park during the 1980s. When the grand entrance to the park was constructed in 1985, it was clear the monorail’s addition was already in mind as the platform on which the track passes over was included ready for the retrospective addition.

The Monorail wasn’t a new attraction when it arrived at the park in 1987, having originally operated at Expo’ 86 in Vancouver in Canada. Once the Expo’ had closed in October 1986, the track and trains were transported to the park and modified ready for their grand opening by William Shatner and George Takei in August 1987. 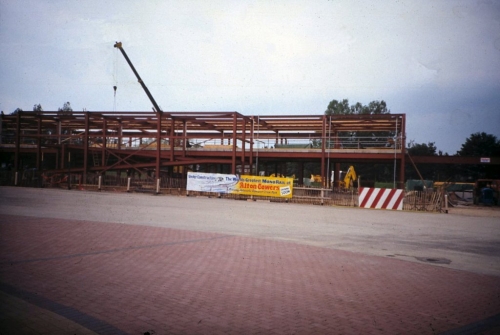 The framework of the Towers Street station complete with advertising banner, early on in construction. 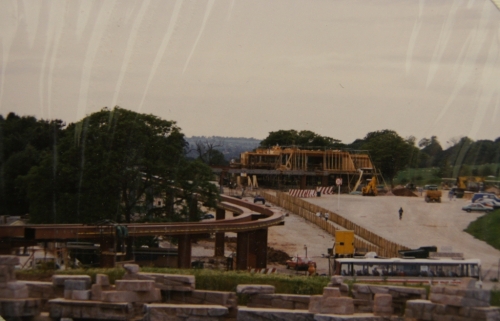 The Towers Street station viewed from the rapids. 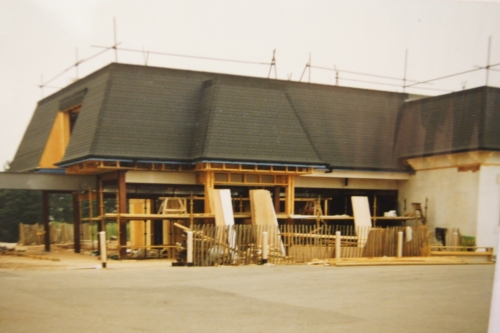 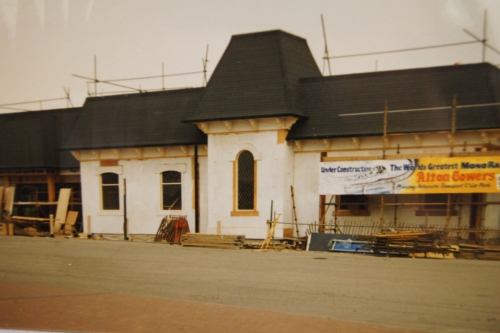 Station nearing completion, featuring the same advertising banner as before. 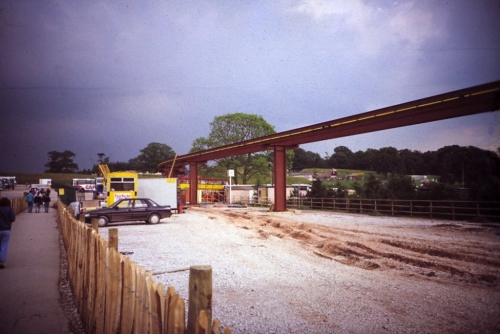 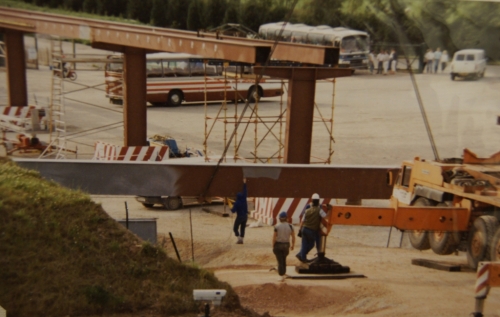 The track being laid from Towers Street through the coach parks. 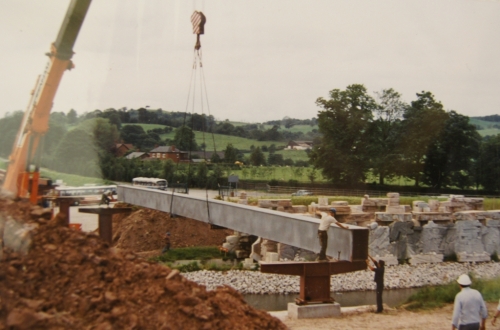 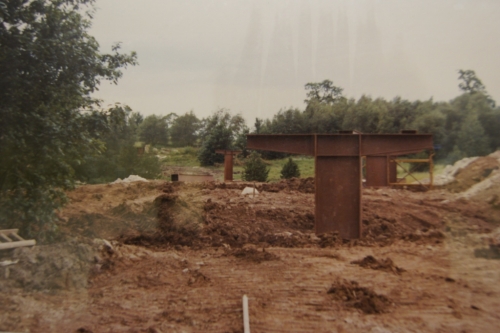 The track runs over the rapids and out towards the car park. 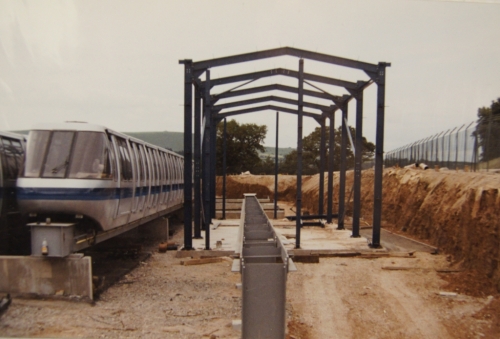 The maintenance shed under construction after the monorail trains have been delivered. 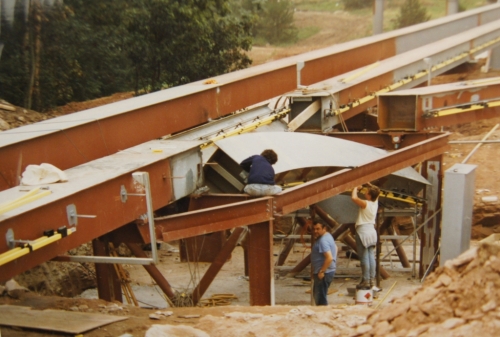 The transfer track being installed, which gives you a good idea about how the trains are put onto the track each day.